and in the OnModelCreating of DBContext I made the relations like these:

now when I request for Mutants, the OriginalCode is null: 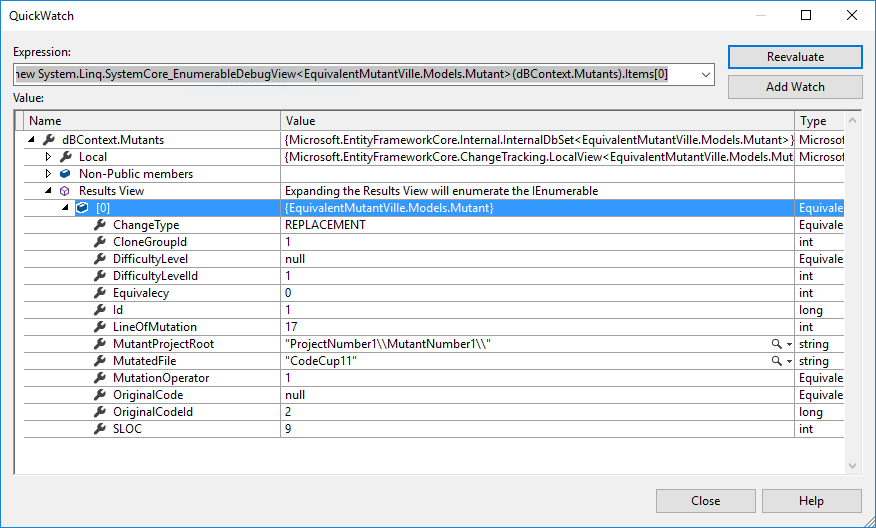 but as soon as I request for OriginalCodes like below: 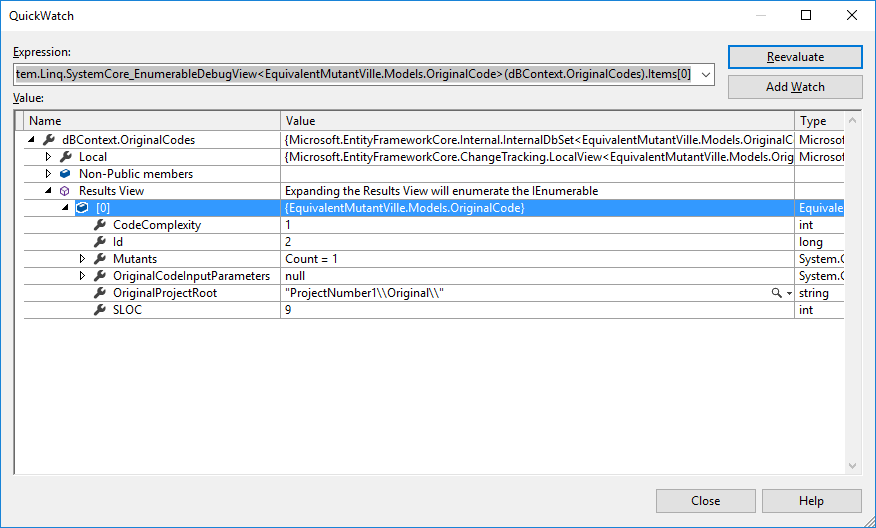 then the OriginalCode field of the mutants will be not null: 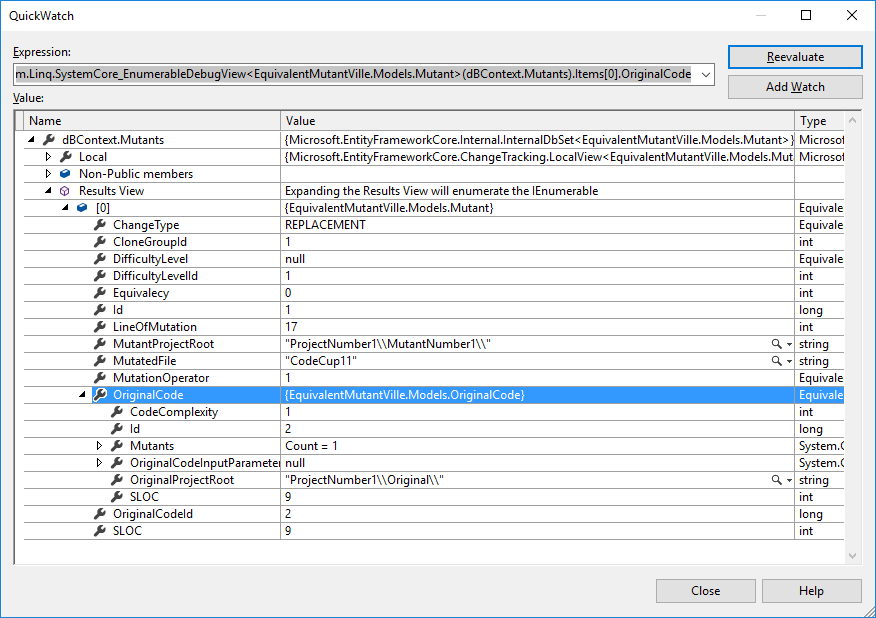 What is the reason and how could I fix it?

The reason is explained in the Loading Related Data section of the EF Core documentation.

The first behavior is because EF Core currently does not support lazy loading, so normally you'll get null for navigation properties until you specifically load them via eager or explicit loading. However, the Eager loading section contains the following:

which explains why the navigation property is not null in the second case.

Now, I'm not sure which of the two behaviors do you want to fix, so will try to address both.

The first behavior can be "fixed" by using one of the currently available methods for loading related data, for instance eager loading:

The second behavior is "by design" and cannot be controlled. If you want to avoid it, make sure to use fresh new DbContext instance just for executing a single query to retry the data needed.

Update: Starting with v2.1, EF Core supports Lazy Loading. However it's not enabled by default, so in order to utilize it one should mark all navigation properties virtual, install Microsoft.EntityFrameworkCore.Proxies and enable it via UseLazyLoadingProxies call, or utilize Lazy-loading without proxies - both explained with examples in the EF Core documentation.